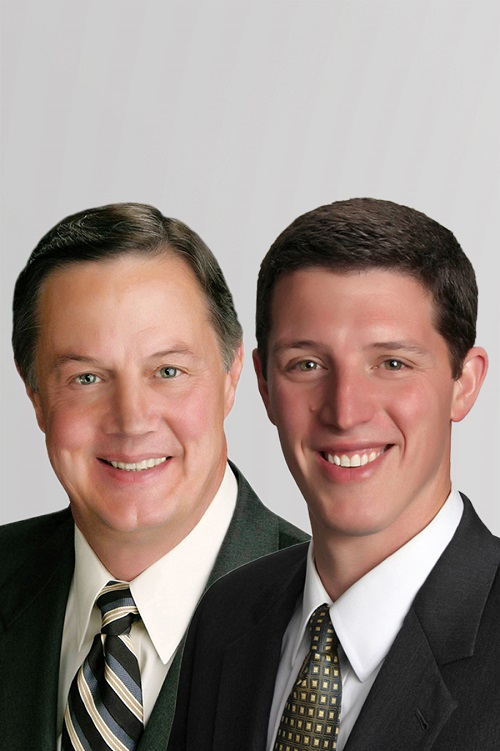 After leaving the Governor’s Office in January of 2007, Bob Lee went back to the private sector doing that which he began 20 years earlier…brokering real estate transactions. Joining his wife Nancy at the Kentwood Company allowed Bob to again be part of one of the
metro Denver areas most dynamic real estate teams. Between 1987 and 2017 Bob and Nancy helped friends and clients buy and sell well over 1200 homes.

In March of 2004, Bob Lee was appointed Secretary of the Cabinet and Chief of Staff to Governor Bill Owens. During the ensuing 3 years he functioned as the chief operating officer for the State of Colorado. He was responsible for developing and leading a talented team of budget and policy advisors and for managing the State’s senior executives. As the Governor’s principal advisor, Lee was charged with implementing policy and working to achieve consensus between the Executive Branch and the Legislature on major pieces of legislation.

Prior to joining the Owens’ Administration, Lee was an active member of the Denver real estate community. In 1995, he became part owner of RE/MAX Classic, an office which grew to 65 agents and was ranked among the metro area’s top producing firms. In the early 1980s, Lee served as campaign manager for a number of Colorado political candidates. Among them was Apollo 13 astronaut, Jack Swigert, who went on to win election in Colorado’s Sixth Congressional District. In 1983, Lee received a White House appointment in the Reagan Administration and served as one of two Deputy Directors in the Region VIII office of the U.S. Department of Health and Human Services. Following a three-year stint at HHS, he entered the world of investment real estate where, as a partner and Managing Director of RMI Capital Management, his company invested almost $250 million on behalf of Taftâ€Hartley pension funds representing building and construction trade unions in the western United States.

Andy is a Colorado native who grew up around the real estate business.  From the age of 6 he was helping his mom stuff envelopes and hand delivering marketing pieces to neighborhood homeowners.

Andy grew up in the Littleton area.  After graduating from Kent Denver High School, Andy left Colorado to attend school and play football for Trinity University in San Antonio, Texas.  It was there he met his future wife Lauren.  Andy and Lauren returned to Colorado and married in 2009. Lauren is an Instructional coach with Littleton Public Schools.  They happily live in Cherry Knolls with their daughters Mckenna and Emarie.  Tula, their dog, also seems exceptionally content in Cherry Knolls.

Andy specializes in the South Metro area but has also spent 40 years exploring everything that makes Denver and Colorado such a special place to live. There is no area of Denver he hasn't written an offer in, or seen a show near, or taken his daughters too, he specializes in knowing every nook and cranny of his hometown.

Andy doesn't spend money on personal branding, or Instagram, or facebook, or whatever the latest fad is.  Andy's business isn't about him, it's about you. He has spent the last 12 years leveraging his local knowledge, collecting personal referrals, and successfully executing the real estate dreams of hundreds of happy clients all over the state of Colorado.